PetroMod Open Simulator enables petroleum systems modeling specialists to develop user-defined plug-in functions for PetroMod software's simulator during or after the simulation to replace standard models by their own functions or to add new models to the simulation. Additional input parameters and output overlays can also be generated and taken into account.

The first phase of PetroMod Open Simulator was released with PetroMod 2016.2 with a focus on accessing PetroMod software’s output data. New output overlays can be calculated and added to the PetroMod software database. These can then be visualized in PetroMod software’s 1D, 2D, and 3D viewers. Overlays can also be written in new formats for additional processing in other tools. Potential applications of this capability could be creating new overlays such as seismic velocities, oil densities and viscosities, maximum temperatures, or new maturation markers. The plug-ins are coded in Python. 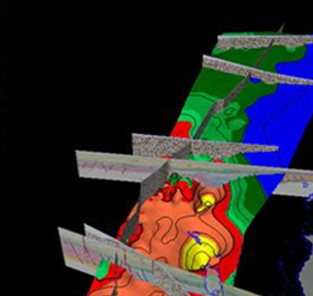