The analysis of petrophysical data can be achieved by the computation of the rock elastic properties, elastic impedance and extended elastic impedance. The resulting outputs are valuable for fluid and lithology prediction.

The fluid substitution process is a fundamental part of any rock physics workflow. In this process, users can target the correction of the formation invasion, and calculate the replacement of the reservoir fluids by a combination of brine, oil or gas. Density and acoustic logs are re-created in the fluid saturated rocks.

One of the objectives of the Backus averaging is to upscale borehole data in order to get a resolution similar to the surface seismic one.

Depth to time conversion can be achieved by the use of sonic logs, checkshot seismic data or a combination of both. In this process, if needed, a seismic reference datum correction can be applied to the data.

A suite of filters and synthetic waveforms are available to convolve with for two main applications: Generate synthetic seismograms; and to filter the input data.

A suite of interactive bound model chars is available to quality control the input and the processed data. 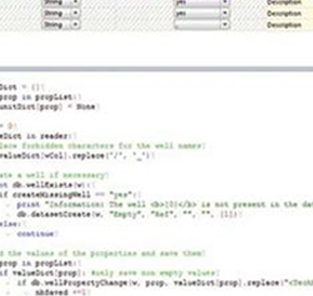