FOR A BRAVE HEART, NOTHING IS IMPOSSIBLE

“It’s an extraordinary combination of forces coming together at once,” he said. Firstly, population and economic growth continue: over two billion people moving from low to middle incomes over the next two decades will drive 30% more demand for energy.

We have estimated that technically recoverable oil resources amount to around 2.5 trillion barrels, more than enough to meet the expected global demand out to 2050, twice over.

Then there’s climate change and growing competition from renewables. Bernard noted that, “renewable energy is now on cost parity with oil and gas in 30 countries. Oil and gas isn’t going away but the energy mix is changing.”

Government policy is shifting too. “Major oil producing nations are thinking about their long-term reliance on oil. Saudi Arabia’s goal by 2030 is non-oil revenue six times what it is today.” Digital provides a way to vault these hurdles which Bernard said, “is coming of age at just the right time for our industry.”

“Hope is not a strategy – we have to accept the new reality. Schlumberger is right in the middle, leading the effort to connect the physical with the digital. For those who will change, there is potential to absolutely thrive in this new world.”BP’s response is to put digital at the center of its Upstream segment. Its innovations include 2000km of fiber optic systems for intelligent onshore monitoring of offshore assets, the APEX well optimization system and the ARGUS well data platform - all underpinned by a one petabyte data lake.

“Digital is now making a real difference. Unit production costs are down 33% on 2013. Cash and capital costs have come down $9bn in 3 years, and our plant reliability is up 11%. And we’re adding 800 thousand barrels a day by 2020, with our seven new projects coming on stream this year.”

He said that BP’s core well services partnership with Schlumberger now extends to technology and digital. “DrillPlan shows your characteristic expertise. It will be a single virtual workspace. When you come to work in the morning, you won’t launch Outlook, you’ll launch DrillPlan instead.”

Bernard revealed that BP will pilot DrillPlan this year in its giant Khazzan field in Oman, then finished with a stirring call for courage and leadership. “We like to set targets before we begin but with digital, the opportunity is often unknowable. You simply have to get on and try it. For a brave heart, nothing is impossible.” 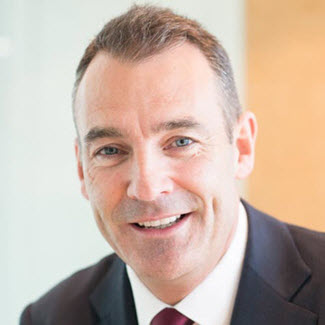