Towards an unstructured future

Many people are familiar with pillar-based grids or corner-point grids. These are very mature and familiar technologies that have been widely used for several decades. They have their own limitations, of course; they approximate the fault network and/or require fault simplifications to be built in complex structural settings. But for most of the reservoirs, this was perfectly acceptable.
However, with the growth and maturation of our industry come new challenges. The reservoirs are getting harder to find and more complex by the minute. At the same time, machines give us more computing power than ever—a single smartphone is more powerful than what NASA used for all the Apollo missions combined! Unfortunately, without the appropriate software, that computing power has little use. We need models with more resolution, with higher accuracy.

This is the context in which I started working in unstructured meshes. Why? At first, this was mostly about accurately capturing faults within the grid. Reservoir engineers were pulling their hair out trying to connect wells in complex fault systems, because the structured grid they used was unable to capture essential details such as small relay ramps. On the other hand, unstructured grids need not to simplify the fault geometry, so they were considered a potential game changer. And it turns out, they indeed work pretty well in such systems.

Now, a grid has little use in itself; it is more of an intermediate medium that enables a whole ecosystem of algorithms: property modeling, well tracing, flow simulation, data visualization. As a fresh-out, I soon discovered that a very large number of these algorithms were heavily relying on the structured nature of the grids they consumed, i.e. on the fact that each cell has a unique IJK index. Unfortunately, this assumption no more holds true with unstructured grids, which means that most of the algorithmic ecosystem must be adapted or in the worst cases, redesigned from scratch.

Fortunately, Schlumberger realized quite early that, in order to propose new grids, they needed first to make their algorithmic ecosystem more flexible. This is one of the criteria that brought to life our fully unstructured flow simulator, the INTERSECT high-resolution reservoir simulator. The INTERSECT simulator is a joint effort between its co-owners, Schlumberger, Chevron, and Total, and has been a big enabler for the next generation grids. Likewise, there have been lots of efforts in property modeling to make it more IJK-agnostic. Thanks to this multi-center effort between MpTC (gridding), AbTC (integration and reservoir engineering from the Petrel E&P software platform) and SNTC (property modeling), unstructured grids moved from a vaguely promising prototype to a fully commercial product called Depogrid, which is now part of the Petrel platform offering.

OK, so unstructured grids are available and used by many of our customers. It would be a stretch to pretend they have become the new industry standard yet, however, there are many valid reasons why. Some reservoirs simply don’t need such sophisticated grids—they are simple enough to stick to pillar-based or corner-point grids without suffering too much of their limitations. Some companies have no experience or no license to a fully unstructured flow-simulator such as the INTERSECT simulator, hence simply cannot complete their workflows with unstructured grids. Others, finally, are just reluctant to change—they have a technology they know well, and don’t want to invest time and energy going to something new.

Overall, though, there has been an industry-wide change of mind regarding unstructured grids. Very few still doubt their usefulness and one step at a time, it is gaining more acceptance and adoption. I would expect the structured and unstructured technologies will co-exist for some time, but from the current trends, it seems we should prepare for an unstructured future.

Author information: Thomas Viard is a modeling expert, touching several algorithm-heavy domains such as visualization, uncertainty, data structures, fractures, or as you might have guessed, meshing. He has been involved in the latter for most of the past decade, and secretly dreams he will one day mesh the entire world. 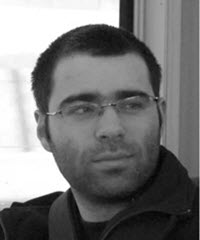