A key cornerstone of our modern society, is now leading to the new era of energy transition and sustainable society

Professor Alesandro Volta, the founding father of modern battery, invented Voltaic Pile in year 1800 (Ref. 1). This is the first human made device that continuously provides electrical current to light a room or in much broad scale to light the entire 19th century electrical industry and even our modern society. Mr. Volta brought his invention touring around Europe to demonstrate his “magics.” The audience included French Emperor Napoleon shown in the oil paint picture, Fig 1.

Volta’s battery invention, the creation of continuous direct current flow, led to a series of inventions, including Ampere’s experiments of confirming the relationship between electricity and magnetism in 1820, Michael Faraday’s first electric motor in 1821 and another invention of induction ring proving that electricity can be induced by changes in an electromagnetic field. All these series inventions in 19th century paved way to modern direct current (DC) and Alternative current (AC) generations. It is acknowledged that Volta’s battery pile laid the foundation for our modern electricity. However, due to the electromagnetic generation of AC power the role of batteries’ energy sources and usages have become less importance in people’s daily life until now.

Why the society needs New Energy?

After many years of scientific studies and through public discussions and even politically debating, it at least has become a common awareness that a sustainable society is vitally important for human-being. But how to maintain sustainability remains as divided approaches. Nevertheless, technology progresses and advances in recent years have gradually changed the landscape of the energy industries via economic viability of the renewable energy segment. The key representatives of the renewable energy are solar photo-voltaic and wind energy. Since year 2012, the levelized cost of wind energy has been compatible with gas power energy generation. From year 2013 SPV levelized cost has been cheaper than coal and nuclear and gas power since 2015, see the Fig 2 below.

The Levelized Cost of Energy (LCOE) decreasing comes along with the growth of the renewable energy, especially the exponential increases since 2010, see Fig 3.

Electricity storage is a key element for wide application of renewable energy as both solar and wind energy are intermittent energy sources strongly depending on weather, season, and geographical locations. There are three types of energy storage venues – Gravitational Potential; Mechanical Energy and Chemical Potential. Under each type there are a few sub-varieties, see Chart 5 for the graphic descriptions. Battery is one of kinds of energy storage method. However, it is an important one while some believe it is probably one of the most important energy storage mechanisms because of its relative simplicity from user-end (no moving parts but only electrical connection wires), variety of size from mWh to MWh (Megawatt hours) even GWh (Gigawatt hour) of energy contents. Imperial College in UK (United Kingdom) published an article to systematically analyze the LCOE for 9 various electricity storage technologies and 12 applications (Ref 5). They concluded that battery technology is the only one that can satisfy all 12 applications in Table 1. Furtherly, in the paper their LCOE model predicted that Lithium-ion rechargeable battery become the “most efficient for nearly all stationary applications from 2030”. Chart 6 is a picture of battery system at Peny Cymoedd wind farm in Wales.

In transportation arena, electrification has already been picking up speed to race to mass production and wide consumer acceptances. It is represented by the successful deployment of TESLA electrical vehicle fleet. In fact, most auto producers around the world have strong pushes to electrify the mobility industry. IEA claimed that “the electrical vehicles play critical role in meeting environmental goals of the Sustainable Development Scenario to reduce local air pollution and to address climate change.” In their report, the outlook for electric mobility to 2030 grows by 36% annually, reaching 245 million vehicles in 2030 – more than 30 times above today’s level (Ref. 6).

Battery is an electrochemical reactor, which was first invented by Professor Volta as described in the first part of the Blog. Inside a battery cell, there are two electrodes immersed in a common ionic conducting liquid, called electrolyte. One electrode, which is to be oxidized by giving up electrons, and another electrode, which gains the electrons passing through the external circuit, forms simple electrochemical cell. The electrons flowing through the external circuit are to power the tool loads. Ions from electrode reaction swims in the electrolyte, therefore, forming a full electrical loop. See the simplified illustration of Voltaic cell in Fig. 6. There must be a separation layer between the two electrodes to prevent them from physically touching each other and short circuiting.

So, a battery is an energy storage device that contains all the chemical energy within the encapsulated cases (flow battery is an exception to be discussed in the following section). Therefore, the higher energy the electrodes contain, the more energy density is the battery cell. However, thermodynamically, the electrochemical potential constrains the battery voltage window in less than 5 volts and electrode chemicals’ coulometry is governed by Faraday constant (Ref 7). Chart 8 shows the electrochemical window of modern battery system. The blue dots are the materials for cathode (the positive electrode during discharge) and the red dots are the materials for anodes (the negative electrodes during discharge).

The wider the electrochemical couple’s chemical potential, the higher the voltage of the battery (the Y-axis). The X-axis represent the coulometric quantity of the electrode materials or called capacity measured in milli-ampere-hour (mAh/gram). Obviously, the far-right side corresponds to more capacity. The highest energy density electrochemical couples are among LixCoO2/Li, S8/Li and even S8/Si for rechargeable battery family. Currently, LixCoO2/Li has realized commercial applications (section below). The other two are still under development.

The story of the three scientists gives a good overview of the development of Li-ion battery technology. Lithium primary battery with high energy density has been widely used in defense and industry since 1960s (Ref 9). Construction of lithium rechargeable battery is a nature development direction. However, until 1970, Stanley Whittingham developed an innovative cathode, titanium disulphide, which, at a molecular level, has spaces that can house lithium ion. This was a crucial foundation of modern rechargeable lithium-ion battery. In 1980, John Goodenough developed a new cathode of cobalt oxide, which, can not only house lithium ions but also gave a higher voltage than earlier batteries. Still, the rechargeable lithium battery has not achieved the decent recharge cycles for commercial usage due to the metallic lithium dendrite formation causing penetration of separator paper resulting short circuiting battery failure. In 1985 Akira Yoshino developed an anode of petroleum coke, a carbon material, which can house lithium atoms but not form metallic lithium. Since then, the true lithium-ion battery has been constructed with good cyclability and decent energy density. Such batteries are widely used in electrical equipment, for example portable electronics, power tools, robotics, and electric cars.

Fig 9-a is the illustration of a lithium-ion rechargeable battery, in which both anode and cathode behaviors like bookshelf, where lithium atoms/ions are the “books” that are shuttled back/forth between these two “bookshelves” during charge/discharge steps. To gain more energy density and power deliveries, lithium-ion batteries are made with spiral wound structure with multiple layers of (-) current collector/anode/separator/cathode/ (+) current collector winding together forming cell core (Fig 9-b).

Next generation of Advanced batteries

Other advanced rechargeable batteries beyond Li-ion battery are under research and/or development. These include solid state lithium battery, Silicon anode Li-ion, Li-sulfur (S8) battery and Li-air (O2) battery, among which solid state lithium battery and Si Li-ion battery should realize commercialization within 5 years’ time. By then the battery powered EV (Electric Vehicle) can extend the driving distance by 50% to 100%, i.e., from current 250 miles per charge to >500 miles.

For grid energy storage redox flow battery must be mentioned. As displayed in Table 1, redox flow battery is the only “battery’ system that can potentially provide power as a seasonal energy storage. Being different from the conventional batteries where the energy contents are stored inside a hermetically sealed cell cans body, redox flow batteries reactants, analyte and catholyte, are stored in separated tanks. The redox reactions happen in a small cell which pipe-connected the analyte and catholyte tanks with pumps to circulate the liquid electrolyte during the charge/discharge reactions. By doing so the energy contents are no longer limited by the cell size, instead, by the liquid tanks. So, the size of tanks determines the total energy in the battery system. To realize the compensation of long-term grid supply disruption, large size of electrolyte tanks just can be built. Fig 10 is the illustration of the redox flow battery operation principles.

Author information: Wenlin Zhang has spent most his career in energy domain focusing on electrochemical system including hydrogen storage, fuel cell and batteries. Wenlin’s expertise covers downhole oilfield batteries from electrochemical research to battery engineering, building up a battery manufacturing plant and management of battery tech center. Renewable energy is always one of his passions and he is highly motivated to join SNE to advocate the energy transition. In recent years, Wenlin has provided technical assistances to SLB senior management on venture investment opportunities of electrochemical energy storage systems. 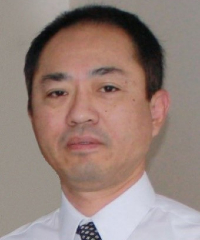